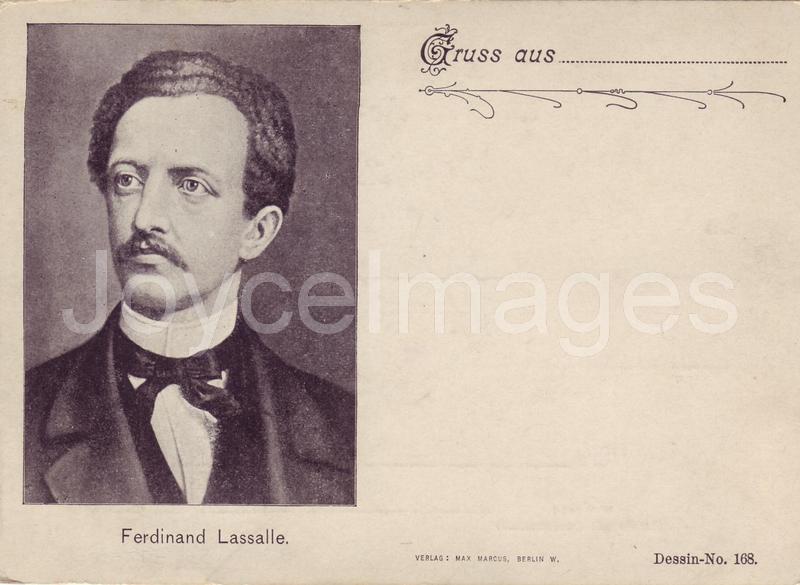 Ferdinand Lassalle (1825 - 1864), was a Jewish German jurist and socialist political activist. He died following a duel with Count von Racowitza over a young lady, Hélène von Dönniges, the daughter of a Bavarian diplomat who had convinced his daughter to reject him. The duel took place near Geneva, August 28th 1864. Lassalle was mortally wounded and died a few days later.