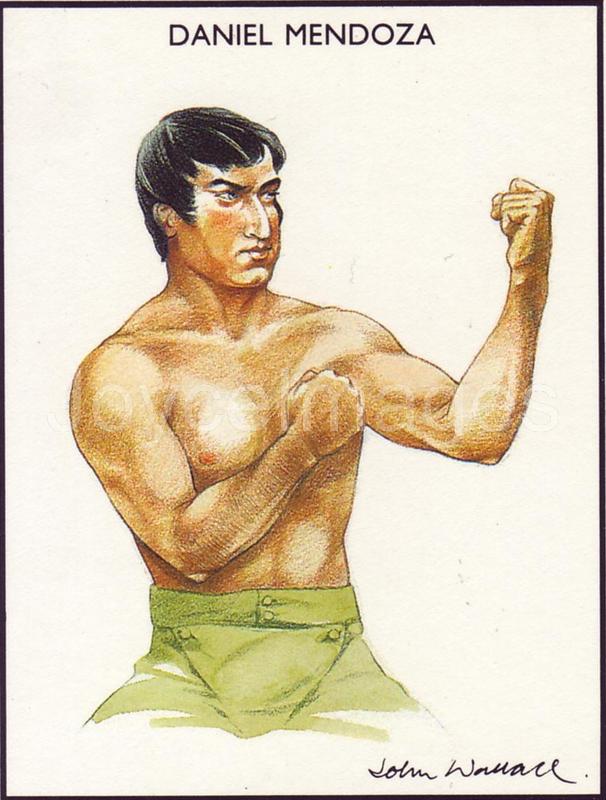 Daniel 'Dan' Mendoza (1764 - 1836), sometimes called 'the father of scientific boxing,' was an English-Jewish prizefighter, and boxing Champion of England 1792 - 1795. Mendoza's 'scientific style' consisted of more than simply battering opponents into submission; it included a lot of movement, hence his ability to overcome much heavier adversaries. Mendoza was so popular than the London press reported news of one of his bouts ahead of the storming of the Bastille that started the French Revolution. He transformed the English stereotype of a Jew from a weak, indefensible person into someone deserving of respect. He is said to have been the first Jew to talk to the King, George III. He published 'The Art of Boxing' in 1789.