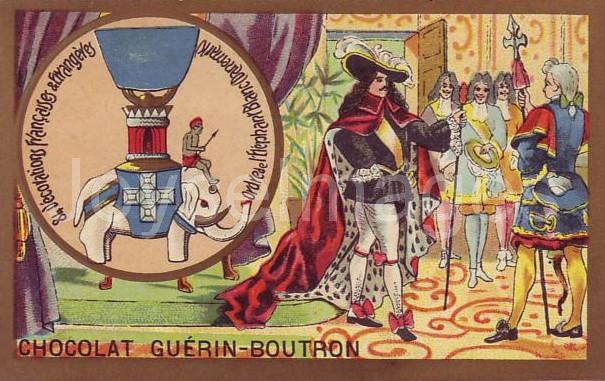 The Order of the Elephant (Danish: Elefantordenen) is the highest order of Denmark. Of ancient origin, it was instituted in its current form in 1693 by King Christian V. It is headed by the Danish monarch, and includes members of the royal family; it may be bestowed on foreign heads of state (and exceptionally on a commoner). Its badge is an elephant of white-enamelled gold carrying a watch tower; in front of the tower a Moor is sitting, holding a golden spear. The body of the elephant bears a cross of diamonds, and the monogram of the bestowing monarch. Edward (son-in-law of King Christian IX of Denmark) became a member in 1901.