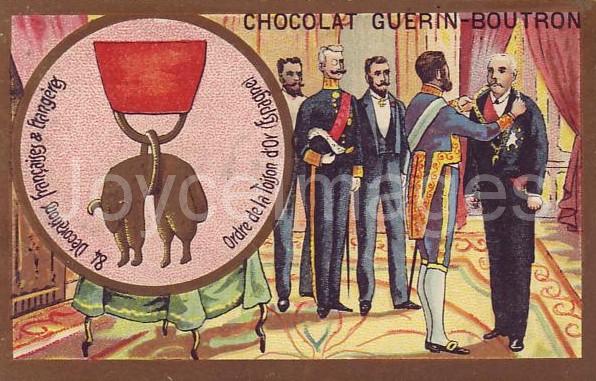 The Spanish Order of the Golden Fleece (Spanish: Orden del Toisón de Oro) is an order of chivalry founded in 1430 by Duke Philip III of Burgundy. It was initially restricted to a 24 knights, increased to 30 in 1433 and 50 in 1516—plus the sovereign. The Order was initially denied to "heretics"; Wellington became (1812) the first non-Catholic member. The insigna is a sheepskin, suspended from a jewelled collar of firesteels in the shape of the letter B, for Burgundy. Edward was indeed a Knight of the Golden Fleece (1852).