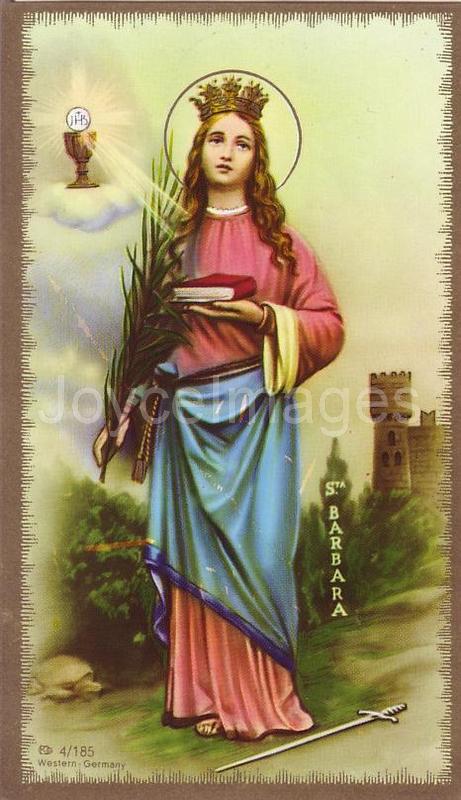 S. Barbara (3 c.), or so legend has it, was a beautiful maiden imprisoned in a high tower by her father Dioscorus for disobedience. While there, she was tutored by philosophers, orators and poets. Under the influence of Origen and Valentinian, she converted to Christianity. Her father denounced her faith to the local authorities and he was ordered to kill her. She tried to escape, but he caught her, dragged her home by her hair, tortured then beheaded her. He was immediately struck by lightning. Represented as a princess with a chalice, a tower, or the palm of martyrdom. She was removed from the Roman calendar in 1969, as it was decided that her existence was the product of pious fiction.