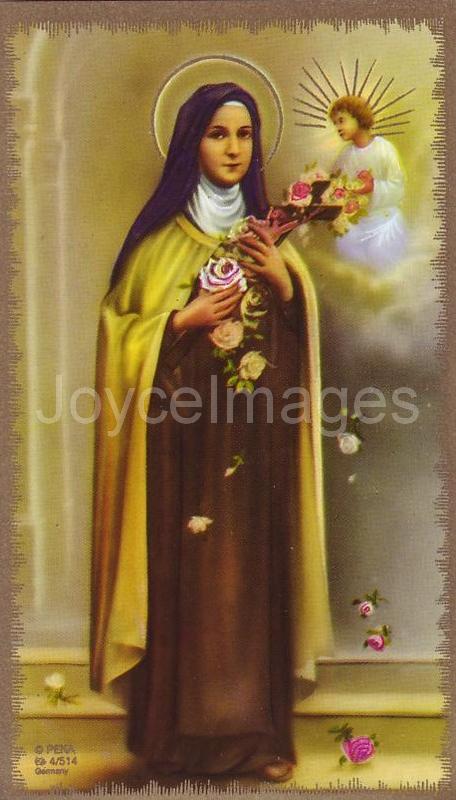 S. Thérèse of Lisieux, aka Teresa of the Child Jesus, or the Little Flower (1873 - 1897) was the ninth child of saintly middle class French parents, Louis and Zélie Martin (five of their daughters became nuns). In 1888, at the unusual age of fifteen, Thérèse Martin entered the Carmelite convent of Lisieux where two of her sisters had preceded her. She died in 1897 of tuberculosis and was canonized in 1925. She is represented as a Carmelite nun, usually with roses in her arms or at her feet. Feast October 1.