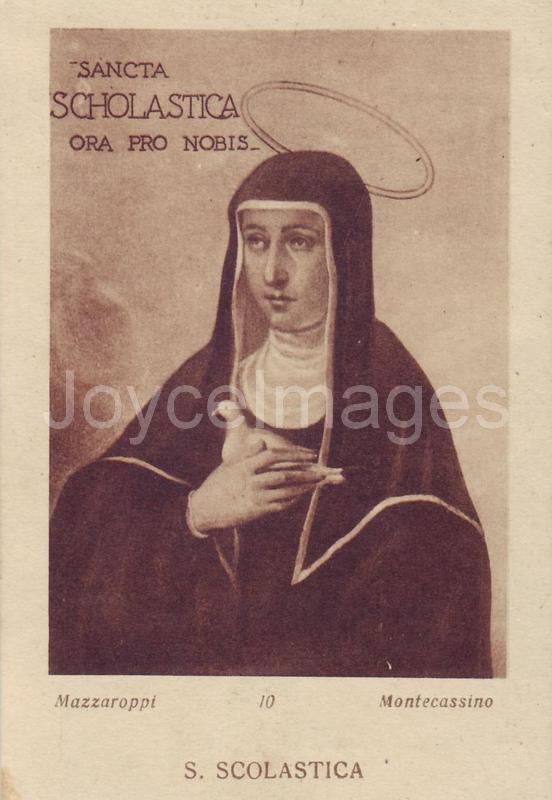 S. Scholastica (480-543) was of Roman nobility, the twin sister of S. Benedict. Her mother died in childbirth. She dedicated her life to God, becoming a nun at an early age. Pope Saint Gregory tells some of the stories of her life, including how she prayed for a thunderstorm one evening, so that her brother would stay with her all night discussing theological matters. Also how when she died, her brother saw her soul flying to heaven in the form of a dove. She is the patron saint against rain and storms. Represented as a nun with crozier and crucifix, or with a dove. Feast February 10.