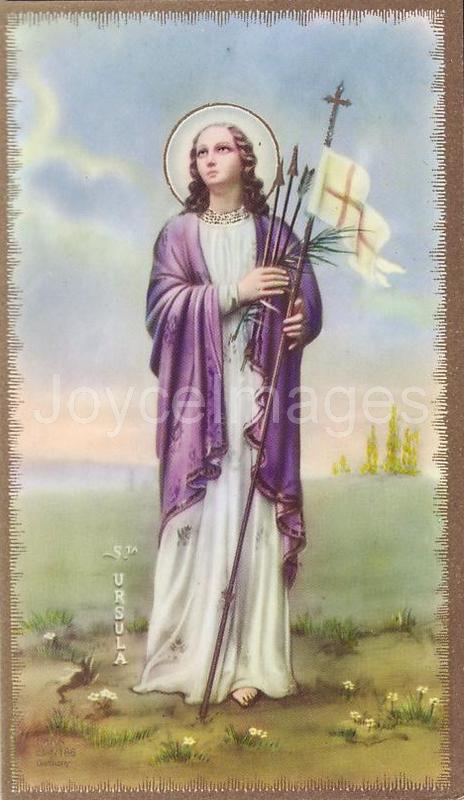 S. Ursula is a legendary princess, the daughter of a Christian British king. She travelled Europe in company of either 11 or 11,000 fellow maidens. It is believed that the 11,000 number resulted from the mistake of a copyist who thought that the M (= Martyrs) in 11M was a roman numeral. Ursula and her companions were tortured to death to get them to renounce their faith. The Ursuline Order, founded for the education of young Catholic girls and women, is named after her. Represented with arrows, a banner, a cloak, or a clock; as a maiden shot with arrows, often accompanied by female companions being martyred in assorted (often creative) ways. Feast October 21. She was also removed from the calendar in 1969.