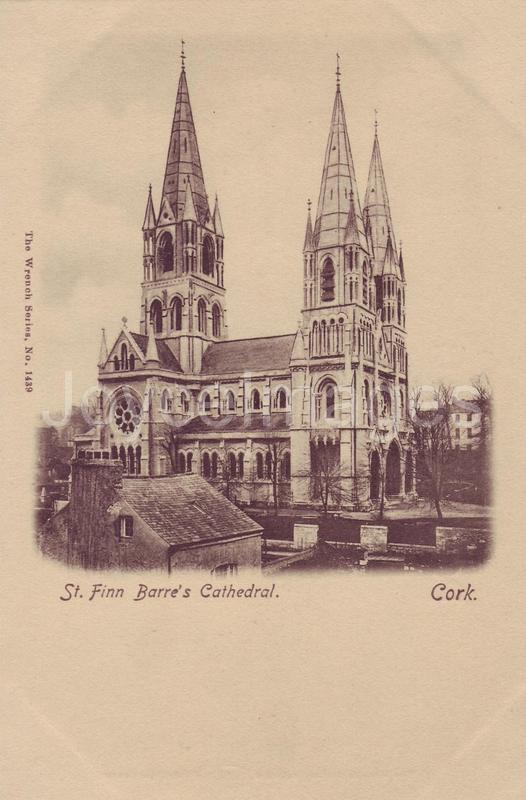 S. Finbarr (Finbar, Fionnbharr, or Bairre) was Irish (c.550-623). He was the son of an artisan named Amergin and a lady of the Irish royal court. He had very light hair, which led to the nickname Fionnbharr = white hair. He was educated at Kilmacahil monastery, Kilkenny. He made multiple pilgrimages to Rome, visiting S. David of Wales on one trip. He preached throughout southern Ireland, and possibly in Scotland. He founded a monastery on the river Lee; it developed into the city of Cork, and he was its first bishop. Legend says that the sun did not set for two weeks after his death. Feast September 25. This PC shows S. Finbar's cathedral in Cork, where his remains are interred.