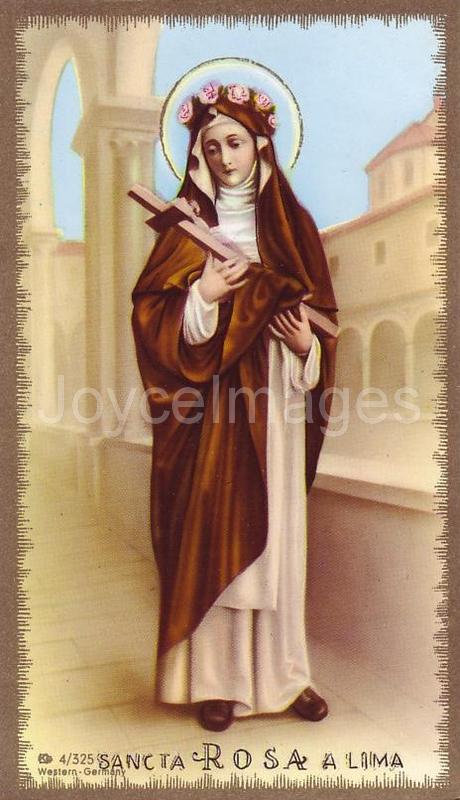 "and S. Pappin of Ballymun and Brother Aloysius Pacificus and Brother Louis Bellicosus and the saints Rose of Lima" (U12.1708)

S. Rose of Lima (1586 - 1617) was born as Isabel to Spanish immigrants to the New World in Peru. A beautiful girl and devoted daughter, she made a vow of chastity, ruining her face face with pepper and lye. Lived and meditated in a garden, raising vegetables and embroidering to support her family and help the other poor. She became a Dominican tertiary in 1606, and was a mystic and a visonary. She received invisible stigmata, and generally suffered from assorted physical and mental ailments. She is the first saint born in the Americas, and a founder of social work in Peru. She is represented as a Dominican with Peru anchor, flowers (often a crown of roses), or accompanied by the Holy Infant. Feast August 23.