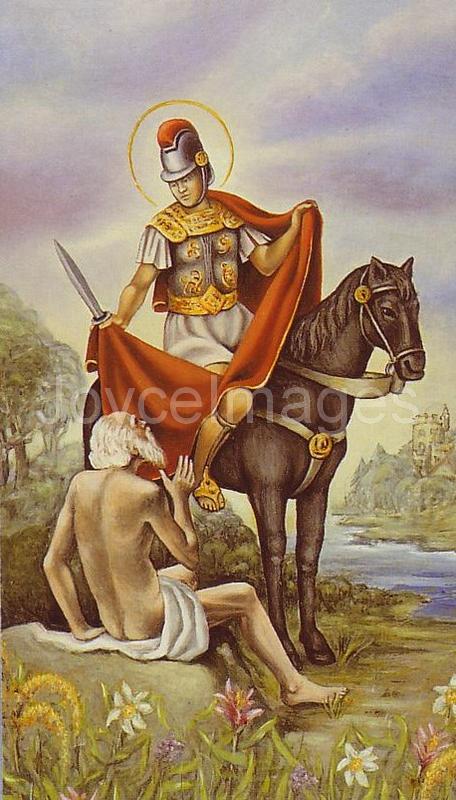 S. Martin de Tours (ca. 316-397) was born in Hungary to pagan parents, and raised in Pavia, Italy. His father was a Roman military officer and tribune. Martin discovered Christianity in his early teens. He joined the Roman imperial army at age 15, serving in a ceremonial unit that acted as the emperor's bodyguard, rarely exposed to combat. Cavalry officer, and assigned to garrison duty in Gaul, he met a beggar while on horseback in Amiens (Gaul). Having nothing to give, he cut his heavy officer's cloak in two, and gave half to the beggar. Later he had a vision of Christ wearing the cloak. Representated usually as a Roman soldier with a cloak. Feast November 11. Of note he shares the birthplace, later Szombathely, of Bloom's father Rudolph Virag.