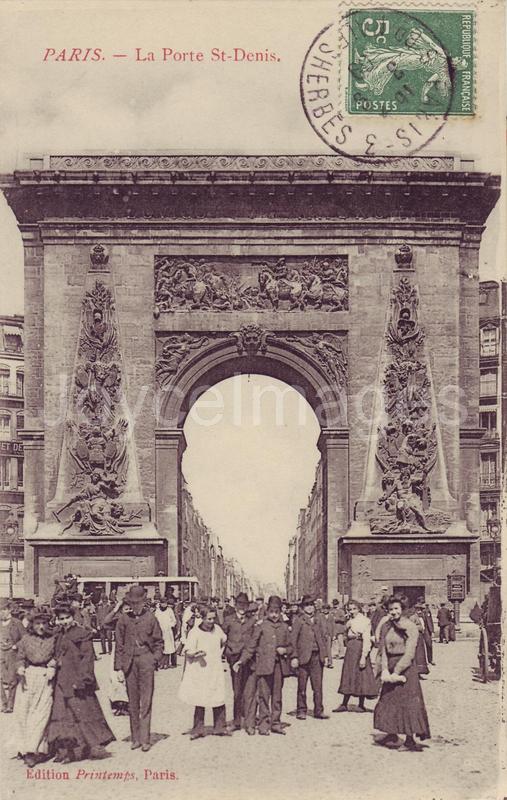 S. Denis (3c.) was a missionary to Paris and became its First Bishop. His success roused the ire of local pagans, and he was imprisoned by the Roman governor. He was beheaded c.258 at Montmartre (= mount of martyrs); his corpse was thrown in the Seine, but recovered and buried later that night by his converts. Legends have grown around him, including that his body was seen carrying his severed head some distance from his execution site. S. Genevieve built a basilica over his grave. Represented as a beheaded bishop carrying his severed head, often with a vine growing over his neck. Feast October 9. He is (+ S. Genevieve) a patron saint of Paris. This PC shows la Porte S. Denis, built 1672 at the site of a medieval entrance gate to the city of Paris.