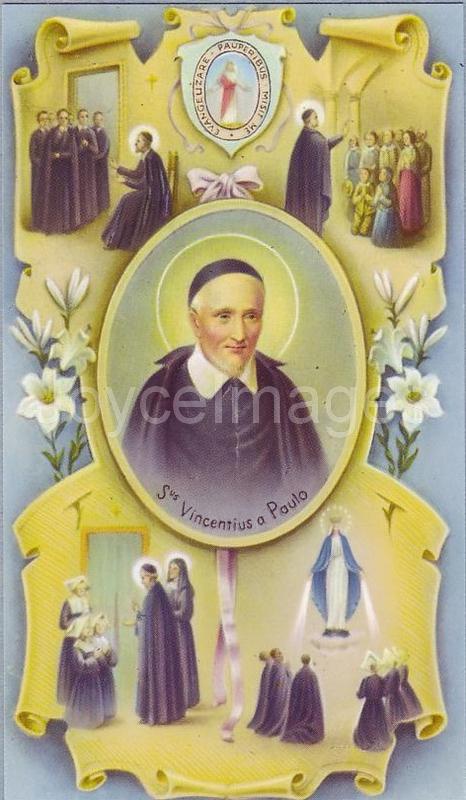 S. Vincent (1581 - 1660) was born to a French peasant family. A highly intelligent youth, Vincent was educated by the Franciscan friars. He began divinity studies at the U of Toulouse at 15, and was ordained at age 20. Taken captive by Turkish pirates to Tunis, and sold into slavery, he was freed in 1607 when he converted one of his owners to Christianity. Returning to France, he served as parish priest near Paris, and as chaplain at the court of Henry IV. He instituted the Congregation of Priests of the Mission (Lazarists), and with Louise de Marillac founded the Congregation of the Daughters of Charity. He started organizations to help the poor, nursed the sick, found jobs for the unemployed, etc. and cared for the enslaved, the abandoned, the ignored, the pariahs. Represented as a 16c. cleric doing some kind of charitable work. Feast 27 September.