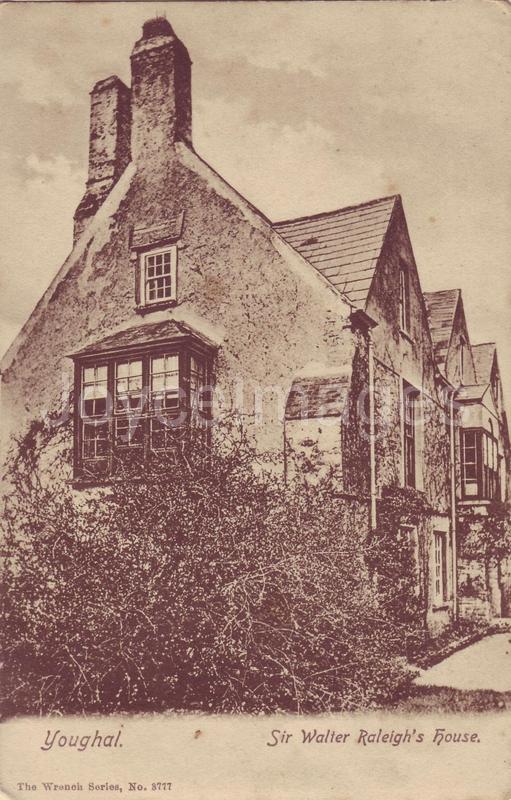 In Ireland, Raleigh took part in the suppression of the Desmond Rebellion (1579 - 1583) launched by the Fitzgerald dynasty of Desmond in Munster against English rule. At the siege of Smerwick, he oversaw the slaughter of some 700 Italian soldiers (sent by the Pope to help the rebels) after they had surrendered unconditionally. Upon the seizure and distribution of land following the attainders arising from the rebellion, Raleigh received 40,000 acres (160 km²), including the coastal walled towns of Youghal and Lismore. This made him one of the principal landowners in Munster, though he enjoyed limited success in inducing English tenants to settle on his estates. During his 17 years as an Irish landlord, frequently domiciling at Killulagh Castle, Clonmellon (Co. Westmeath), Raleigh made the town of Youghal his occasional home. He was mayor of Youghal 1588 - 89. He is credited with planting the first potatoes in Ireland, though it is more likely that the plant arrived in Ireland through trade with the Spanish. Amongst Raleigh's acquaintances in Munster was Edmund Spenser; they traveled together to London in the 1590s for Spenser to present part of The Faerie Queene to Elizabeth I. This PC shows Sir Raleigh's house in Youghal.