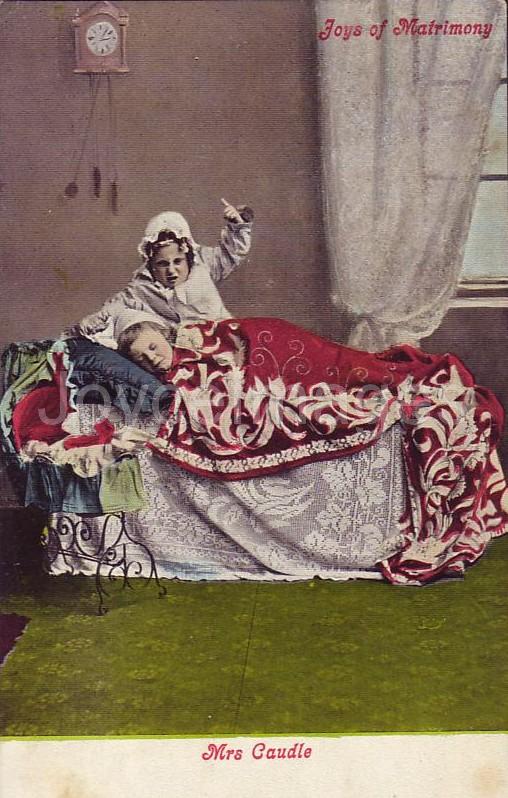 "But neither the midwife's lore nor the caudlectures saved him from the archons of Sinn Fein and their naggin of hemlock." (U9.237)

'Mrs Caudle's Curtain Lectures' was a series of 'lectures' by journalist Douglas William Jerrold (1803 - 1857), serialised in Punch (where Jerrold worked) then published in book form in 1846. Jerrod, the son of an actor-manager, spent some time in the navy as an apprentice printer, then became a playwright and journalist. He was a contemporary and friend of Charles Dickens. Job Caudle, the 'hero' of the book, is a Victorian shopkeeper whose wife finds she can only talk to him without interruption when he is falling asleep. After she dies, Caudle finds himself unable to sleep on his own, and resolves to exorcise his wife's memory by writing down her 'lectures' for the edification of others.