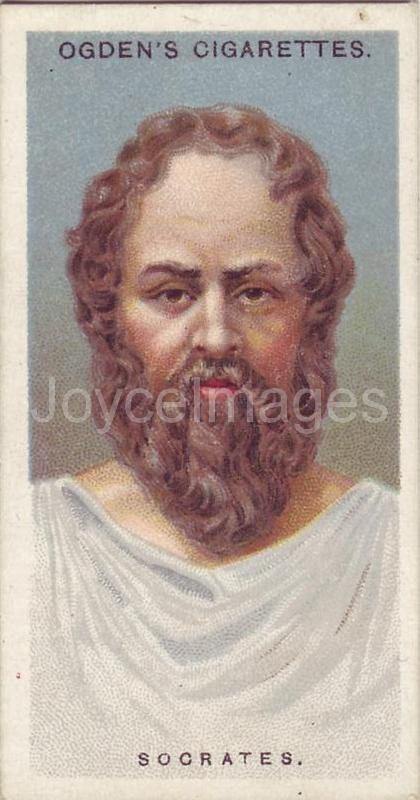 "Portals of discovery opened to let in the quaker librarian, softcreakfooted, bald, eared and assiduous.
- A shrew, John Eglinton said shrewdly, is not a useful portal of discovery, one should imagine. What useful discovery did Socrates learn from Xanthippe?
- Dialectic, Stephen answered: and from his mother how to bring thoughts into the world. What he learnt from his other wife Myrto (absit nomen!), Socratididion's Epipsychidion, no man, not a woman, will ever know." (U9.230)

Xanthippe was the wife of Socrates. There are more stories than facts about her. She is believed to have been much younger than the philosopher, perhaps by as much as forty years. She was famed for her sharp tongue and is said to have been the only person to ever have beaten Socrates in a discussion.