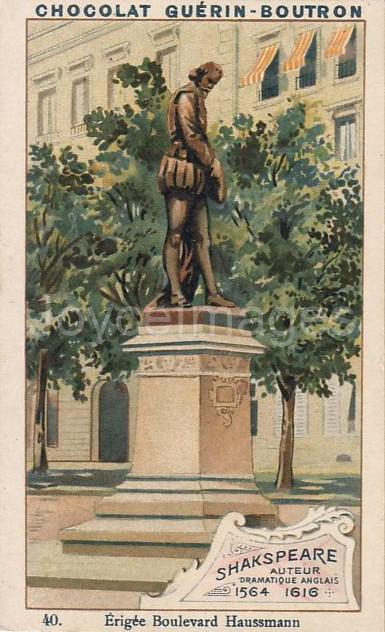 He repeated to John Eglinton's newgathered frown:
— Pièce de Shakespeare, don't you know. It's so French. The French point of view. Hamlet ou...
— The absentminded beggar, Stephen ended.
John Eglinton laughed.
— Yes, I suppose it would be, he said. Excellent people, no doubt, but distressingly shortsighted in some matters." (U9.117)