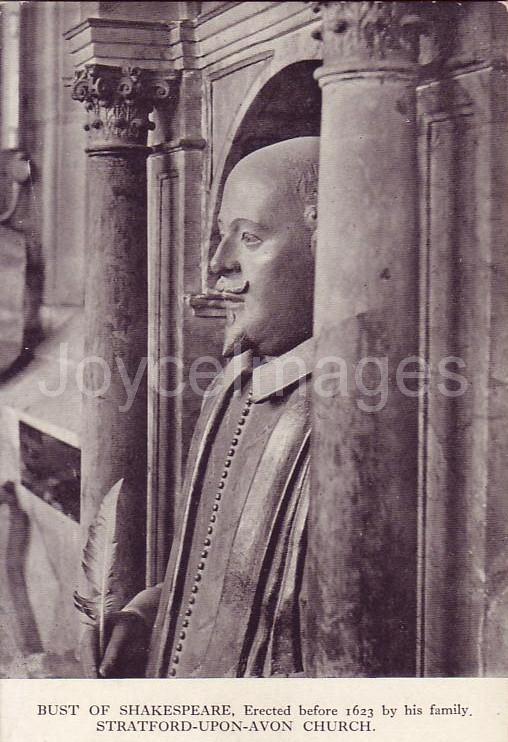 "Herr Bleibtreu, the man Piper met in Berlin, who is working up that Rutland theory, believes that the secret is hidden in the Stratford monument. He is going to visit the present duke, Piper says, and prove to him that his ancestor wrote the plays. It will come as a surprise to his grace. But he believes his theory." (U9.1073)

The monument to Shakespeare, a half-length statue set is a niche, was installed in the Holy Trinity Church between 1616 (Shakespeare's death) and 1623 (the publication of the First Folio where Leonard Digges mentions it). It is believed to have been commissioned by Shakespeare's daughter and her husband Dr John Hall. It may have been the work of Garratt Janssen of Johnson, an Anglo-Flemish tomb-maker.