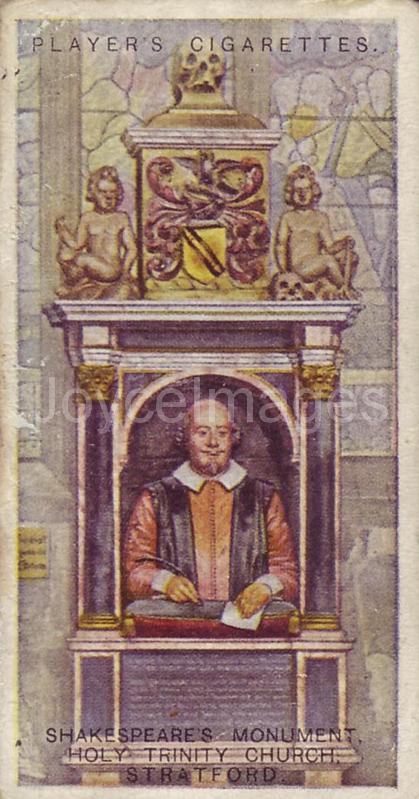 The original bust was repaired, refurbished and repainted many times, even possibly replaced, including major changes in 1749. An engraving of the monument in Sir William Dugdale's 'Antiquities of Warwickshire' (1656) shows major differences from the current monument: the cushion on which Shakespeare's arms rest was initially much bulkier, and there was no pen or paper in his hands. These changes have been used in heated debates around the question of Shakespeare's identity. 'Anti-Stratfordians' argue that the monument was altered as a part of the 'conspiracy' to fool people into believing that an illiterate commodity dealer from Stratford actually wrote the works attributed to William Shakespeare. The 'Rutland theory,' on which Herr Bleibtreu is working, specifically holds that Roger Manners, 5th Earl of Rutland, was their true author.