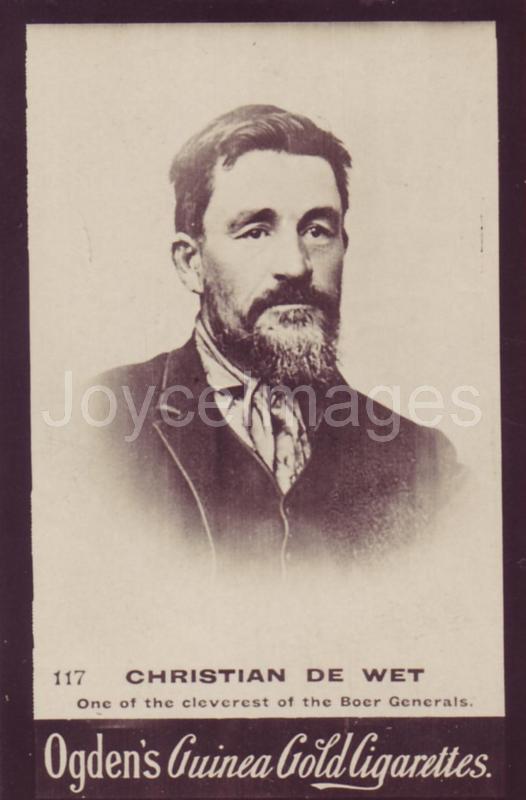 Christiaan Rudolf de Wet (1854 - 1922) was a Boer general, rebel leader and politician. Born in the Orange Free State, he played an important role in the second Boer war (1899 - 1902). He was a commandant then a general in the early battles of Natal (1899), and rose to prominence at Sanna's Post and Reddersburg. He came to be regarded as the most formidable Boer leader of guerrilla warfare, in turn severely handled by the British, narrowly escaping, then striking and annihilating isolated British posts. De Wet wrote an account of his campaigns, titled in English 'Three Years War' (1902).