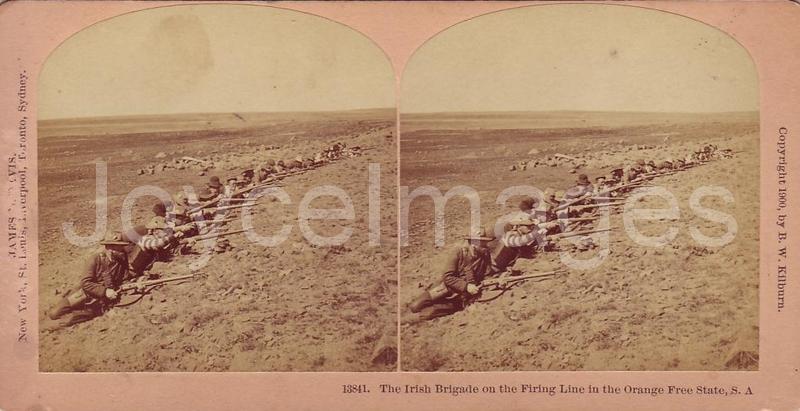 On the other hand, many Irish nationalists sympathised with the Boers, viewing them to be a people oppressed by British imperialism, much like themselves. Irish miners already in the Transvaal at the start of the war formed the nucleus of two Irish commandos. In addition, small groups of Irish volunteers went to South Africa to fight with the Boers. This SV shows the pro-Boer Irish Brigade in 1900.