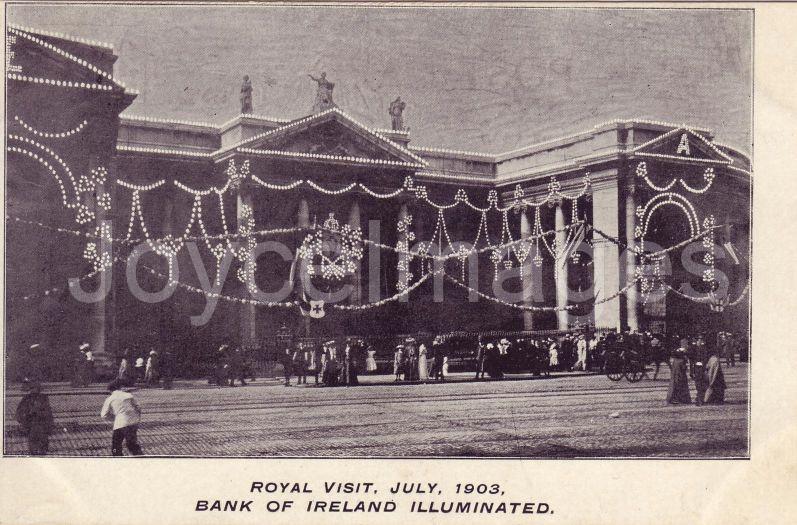 In 1800, the Irish Parliament was abolished by the Act of Union whereby a 'United Kingdom of Great Britain and Ireland' was created, with its seat in Westminster. The Irish House of Parliament building was then used for various purposes, including a militant garrison and an art gallery. In 1803, the fledgling Bank of Ireland bought it from the British government for £40,000. It is seen in this PC illuminated for the Royal Visit of 1903.