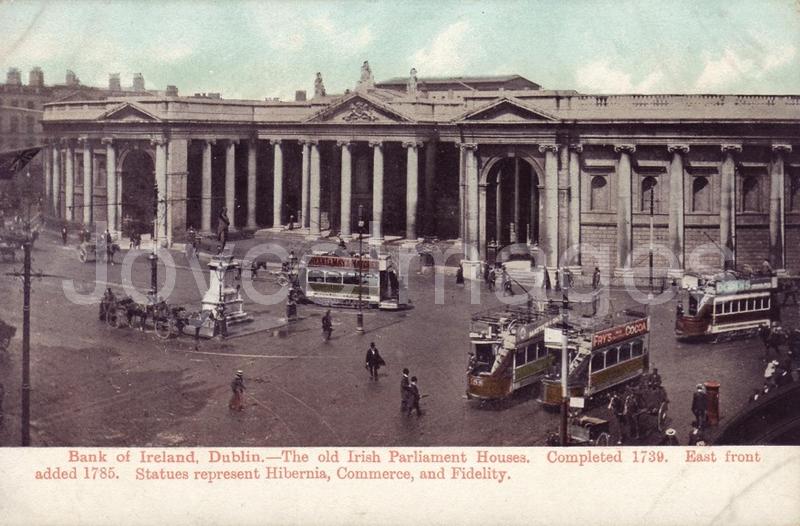 "Before the huge high door of the Irish house of parliament a flock of pigeons flew." (U8.401)

In 1904, the Irish House(s) of Parliament had long become the Bank of Ireland. Built 1729 - 1739, it was the seat of both chambers (Lords and Commons) of the Irish parliament of the Kingdom of Ireland in the 18c. This PC reads: "Bank of Ireland, Dublin - The old Irish Parliamentary Houses. Completed 1739. East front added 1785. Statues represent Hibernia, Commerce, and Fidelity."