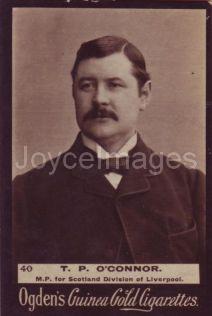 "Then Paddy Hooper worked Tay Pay who took him on to the Star. Now he's got in with Blumenfeld." (U7.687)