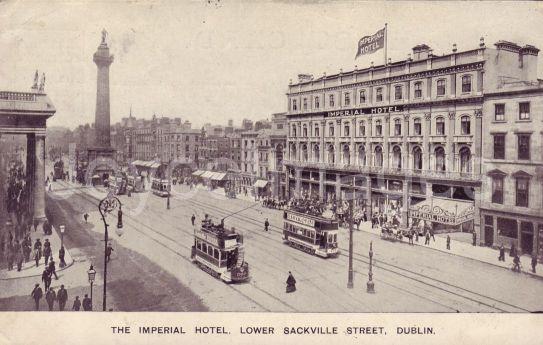 Although the official name in 1904 was Sackville street, many Dubliners, likely Catholic and nationalist (including the narrator), already called it O'Connell street, the name it will officially take in 1924. This PC shows the view across the street from the GPO, which included the Imperial Hotel and Clery's Department Stores.