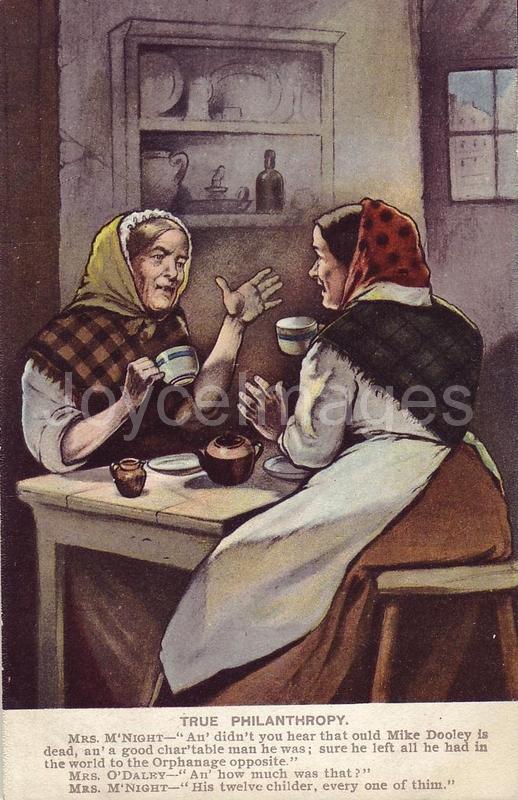 "- Was he insured? Mr Bloom asked.
- I believe so, Mr Kernan answered. But the policy was heavily mortgaged. Martin is trying to get the youngster into Artane.
- How many children did he leave?
- Five. Ned Lambert says he'll try to get one of the girls into Todd's.
- A sad case, Mr Bloom said gently. Five young children." (U6.535)

Ireland had Industrial Schools for 'neglected, orphaned and abandoned children,' teaching them a trade with the goal of preventing delinquency and crime; they were established by the Industrial Schools Act (1868). They were run by religious orders, funded by the public, and regularly inspected. In 1902 there were 68 Industrial Schools in Ireland (of which 7 were in Dublin); Artane was the largest with some 800 'inmates.' (Thom's 1904)