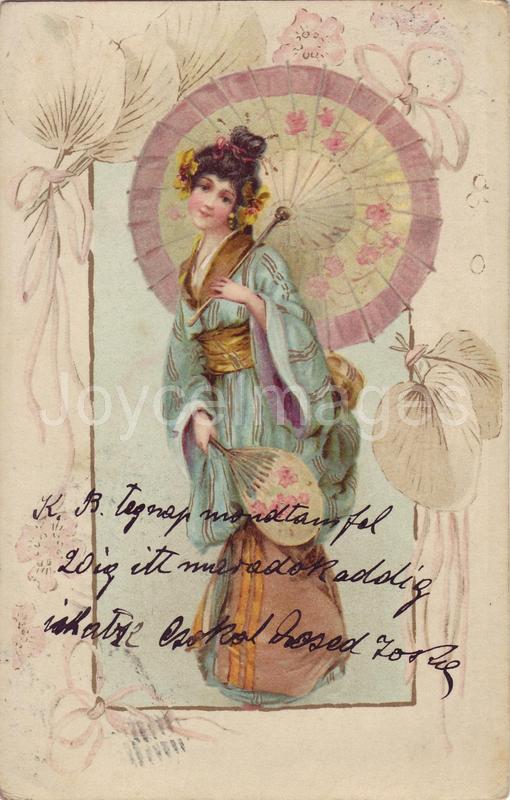 The opera 'The Geisha' tells of the love of Lt. Reggie Fairfax, a naval officer stationed in Japan, with the geisha Mimosa San. Their relationship is thwarted by Reggie's English fiancee Molly. The opera ends with Reggie happily wedding Molly; Mimosa is set free to marry her lover Katana.

The Geisha was first performed April 15th 1896 at Daly's Theatre in London, and produced by George Edwardes. The original production ran for 760 performances, the second longest of any musical up to that time. The cast included Marie Tempest in the role of O Mimosa San, Letty Lind as the dancing soubrette Molly Seamore, C. Hayden Coffin as Lt Reginald Fairfax, and Huntley Wright as Wun-Hi.