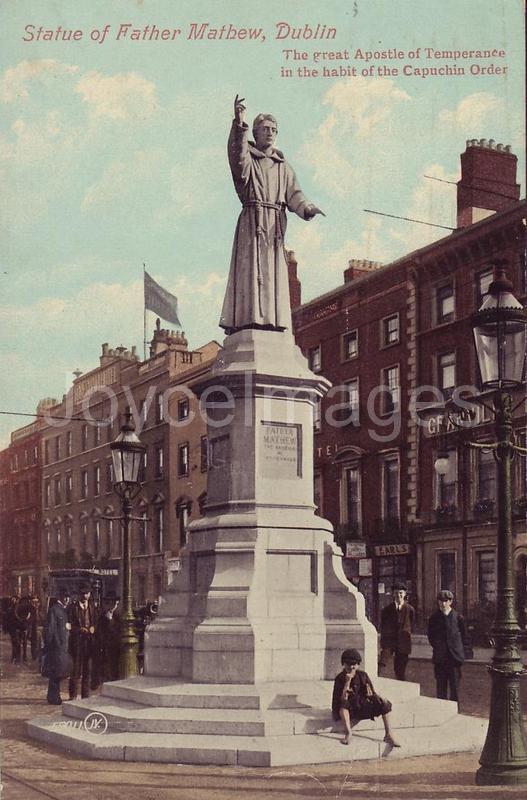 Father Theobald Mathew (1790 - 1856) was a capuchin friar from Cork. He founded, in 1838, the Total Abstinence Society, a moral crusade that rapidly spread throughout Ireland, to reach England and Scotland; some 7 million people 'took the pledge' of abstinence during Father Matthew's time. On this PC, the legend states "Statue of Father Mathew, Dublin. The Great Apostle of Temperance in the Habit of the Capuchin Order." It was unveiled in 1893, and was the work of Irish sculptor Miss Mary Redmond. Coming up behind the statue is the Gresham Hotel (the building with the flag).