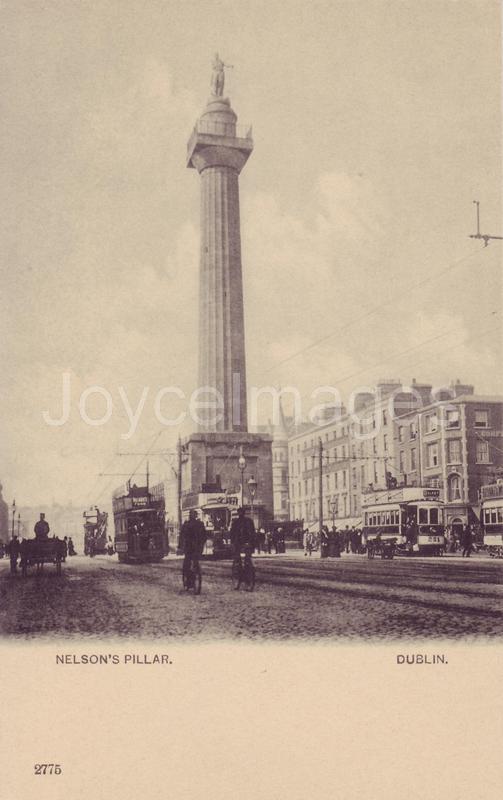 "- Eight plums a penny! Eight for a penny!
- We had better look a little serious, Martin Cunningham said.
Mr Dedalus sighed.
- Ah, then indeed, he said, poor little Paddy wouldn't grudge us a laugh. Many a good one he told himself." (U6.294)

In 1904, Nelson's pillar was both a tram terminus and a common meeting place for Dubliners. On this PC, one of the trams has 'Dalkey' as its destination, and another advertises 'Neave's food' that Bloom was seen buying during Molly's pregnancy. Nelson's pillar was blown by republicans in 1966. In its place now stands the Millennium Spire.