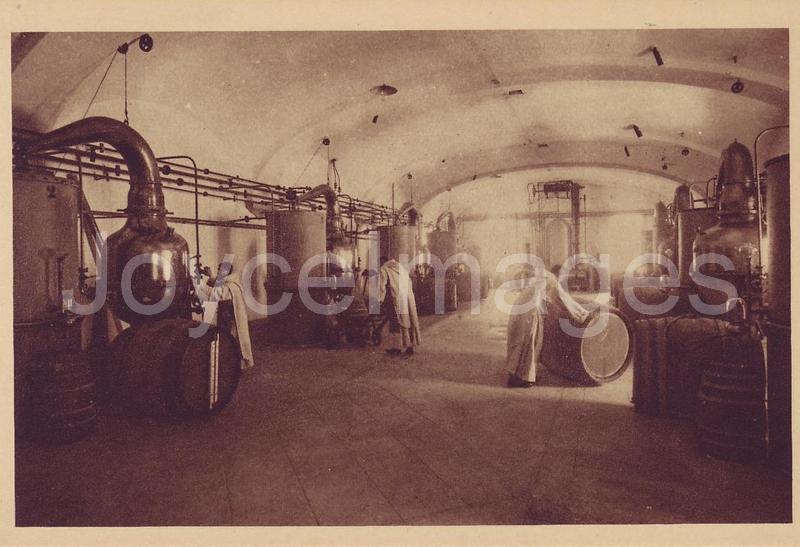 Chartreuse is a liqueur named after the Grande Chartreuse monastery in Voiron (near Grenoble, France). According to tradition, a manuscript containing a complicated formula for an 'elixir of long life' was given to the Carthusian monks in 1605 by Francois Hannibal d'Estrées, a marshal under King Henri IV; it calls for some 130 herbs, flowers, and secret ingredients combined in a wine alcohol base. Green Chartreuse (110 proof) is thus naturally green from chlorophyll. It is still produced by the monks in Voiron, as shown on this PC. The recipe is a trade secret, known at any given time only to the 3 monks who use it.