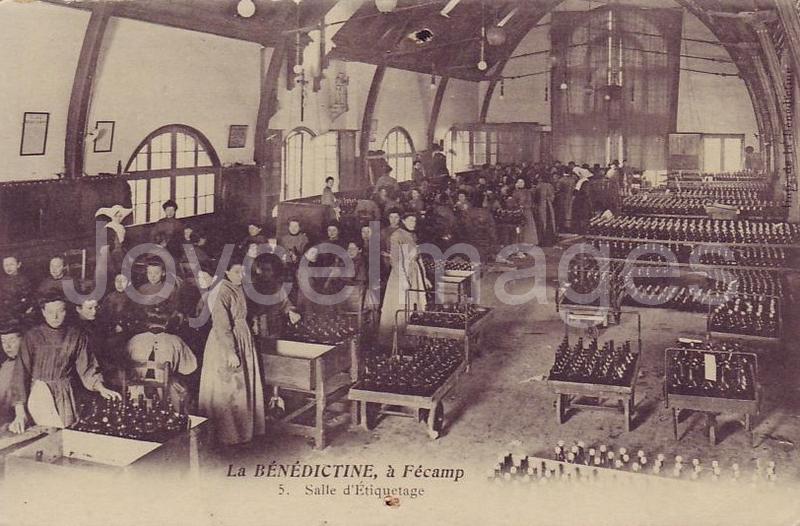 Savored at the court of King Francois 1er, Benedictine was manufactured by Benedictine monks only until the end of the 18c. The recipe was lost during the French Revolution (1789), then found again in an old manuscript (1863). Since then, the liquor is produced by a commercial company in Fécamp. This PC shows the labeling room, with nuns (supervisors?) among the workers.