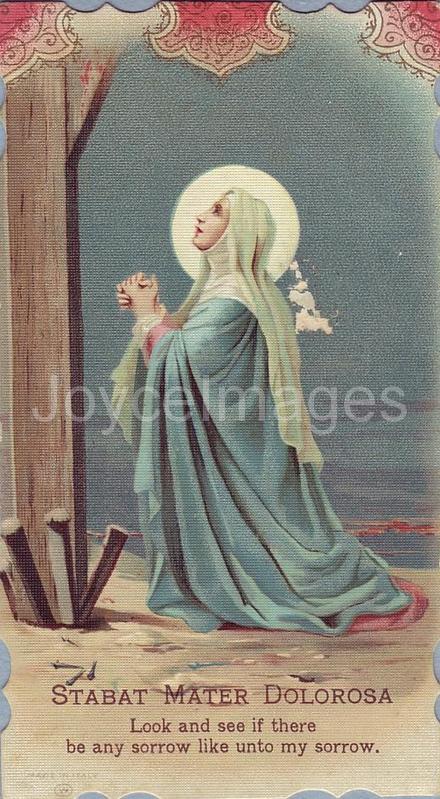 Stabat Mater is a 13c. Roman Catholic hymn attributed to Pope Innocent III (d. 1216), St. Bonaventure, or more likely Jacopone da Todi (1230 - 1306). Its title is an abbreviation of the first line, Stabat Mater Dolorosa (= The sorrowful mother was standing). The hymn, considered one of the seven greatest Latin hymns of all time, meditates on the emotions of Mary during the crucifixion. It has been set to music indeed by Rossini, and many others including Haydn, Dvorak, Vivaldi, Pergolese, Poulenc, Verdi, and recently Arvo Pärt. A companion hymn, Stabat Mater Speciosa, meditates on the emotions of Mary at the birth of Jesus.