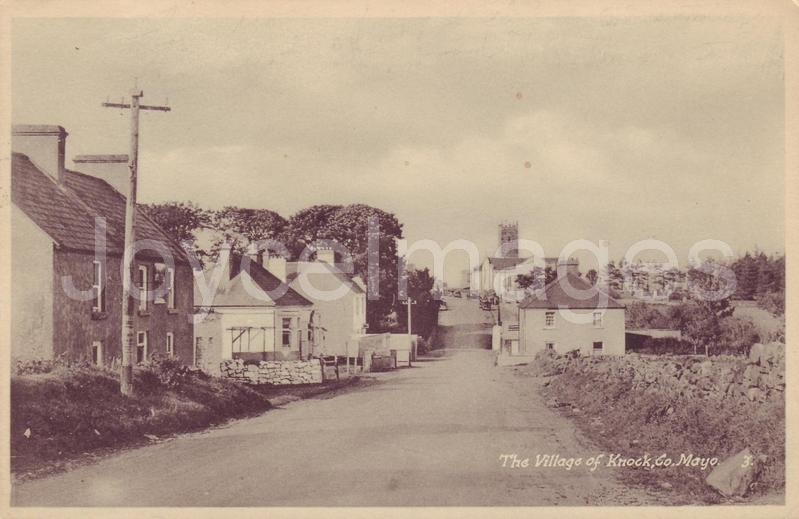 Knock (Irish An Cnoc = the Hill) is a village in Co. Mayo. It was the site, on August 21st 1879, of an apparition of the Virgin Mary, together with St Joseph and St John the Evangelist. Hence Knock became one of Europe's major Roman Catholic Marian shrines, alongside Lourdes and Fatima. Nowadays 1.5M people visit Knock annually (including Pope John Paul II in 1979, the centenary of the apparition).