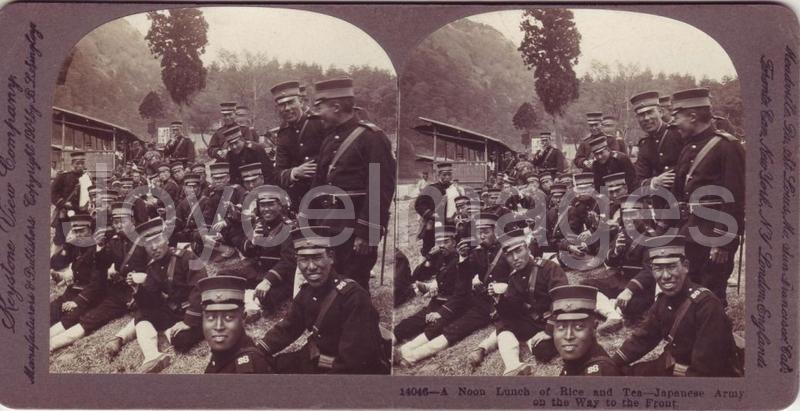 "The Russians, they'd only be an eight o'clock breakfast for the Japanese." (U4.116)

Russia and Japan were at war in 1904. The Russo-Japanese war (1904 - 1905) grew out of the rivalry of the 2 countries for control of Manchuria and the Yellow Sea, and ended with a Japanese victory. Russia had a larger army but suffered successive defeats, and also had to deal with its internal revolution. This SV shows the Japanese army on the way to the front.