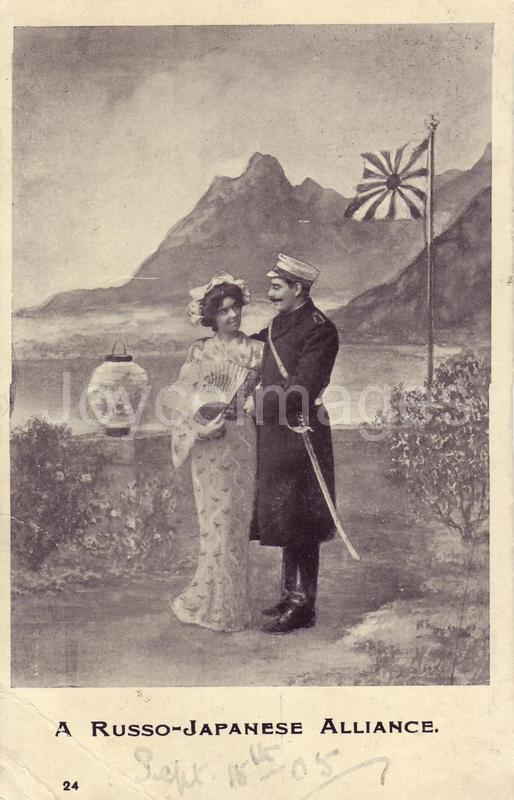 A peace alliance (illustrated on this PC) was mediated by U.S. President Theodore Roosevelt as the Treaty of Portsmouth, signed on September 5th 1905. The Russo-Japanese war was the first major victory in the modern era of an Asian country over a Western one. Japan's prestige rose greatly as it began to be considered a modern Great Power.