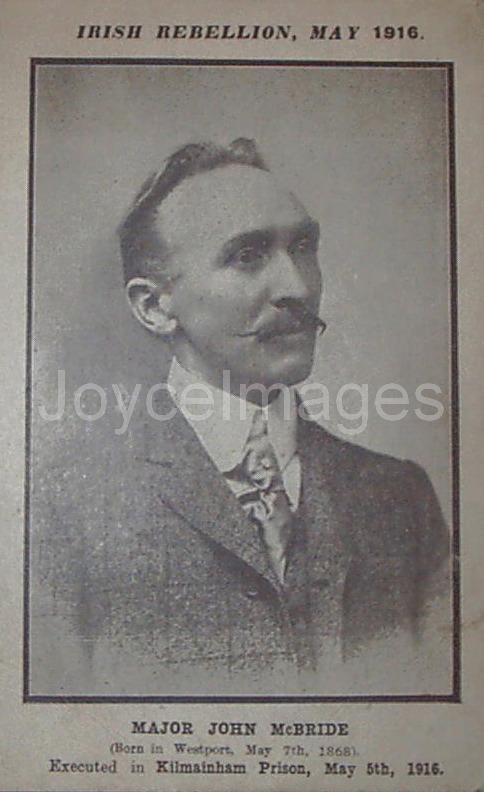 In 1903, Maud Gonne married John MacBride, a major of the Irish Brigade, later executed for his part in the Easter Rising (1916).

She campaigned to extend the 1906 Provision of School Meals Act to Ireland, then against the conscription of Irish men into the British Army during WW1. She worked for the White Cross to help the victims of the War of Independence and their families, collected evidence of army and police atrocities in Cork and Kerry, and started (with Charlotte Despard) the Women's Prisoners' Defence League to support republican prisoners. Imprisoned by the Free State government, she was one of 91 women who hunger striked (1923). She published her memoirs 'A Servant of the Queen' (1938). She is buried in Glasnevin Cemetery.