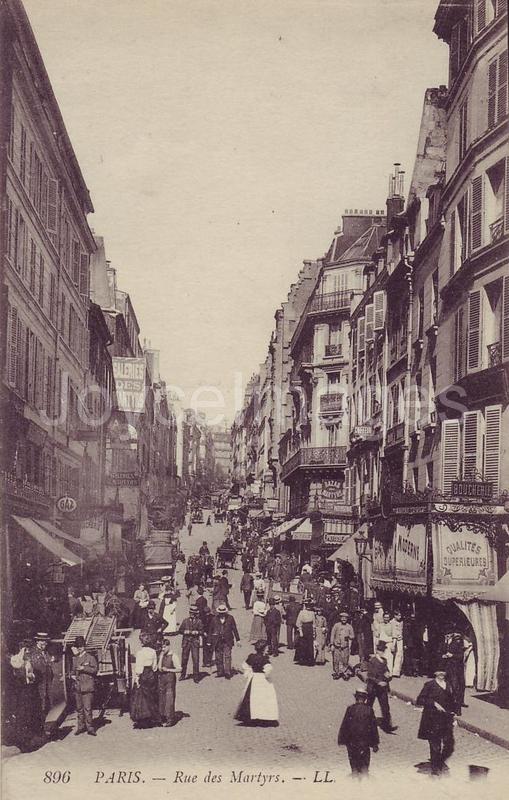 It is conceivable that Kevin Eagan and Maud Gonne could have met in Paris. Maude Gonne lived there intermittently since a child, before she definitely left in the fall of 1917. She originally started out as an actress, then became active in radical politics. During the 1890s, she had a relationship with the journalist Lucien Millevoye. To be near him, she took an apartment at 61, Avenue de Wagram (16e). Maud changed residence in Paris several times, but always stayed in upscale neighbourhoods (16e & 17e). In parallel, from an office located 6 rue des Martyrs (9e), shown on this PC, she edited 'L'Irlande Libre,' a newspaper that promoted Irish nationalism and was part of the build-up to the centenary of the 1798 rebellion. The first of 18 (+1 special) issues came out on May 1st 1897. With the help of Yeats, Gonne also founded in Paris the 'Association Irlandaise' (= Young Ireland Society) that had offices at the same address, 6 rue des Martyrs.