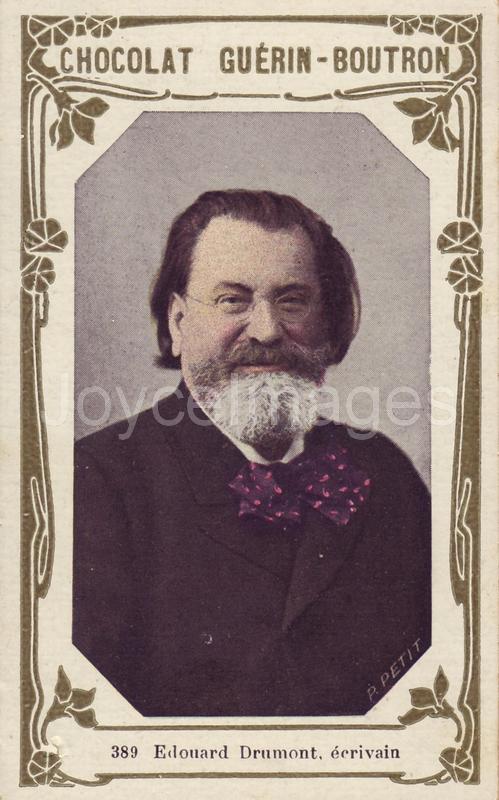 Edouard Drumont (1844 - 1917) was a French writer and journalist. Catholic and nationalist, he was known for his rabid antisemitism, and reached the peak of his notoriety during the Dreyfus affair. Drumont wrote several books. His early ones were non-political, such as Les Fetes nationales a Paris (1878), Mon Vieux Paris (1878), and Le Dernier des Trémolin (1879). Later ones expressed his political views such as La France Juive (1886) and De l'or, de la boue, du sang (1896). Drumont had a brief political career. In 1898, he was elected Deputy, and became the self-proclaimed leader of the anti-Jewish party. He sought reelection in 1902, was defeated, and returned to writing and journalism.