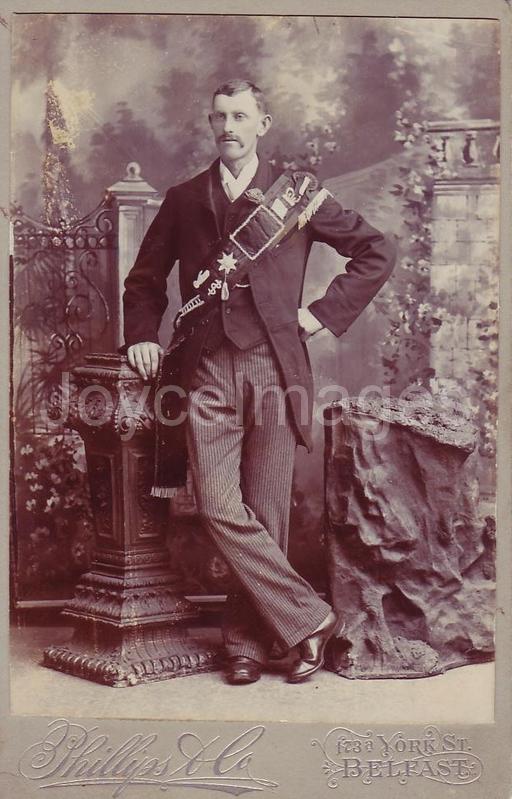 "I am a struggler now at the end of my days. But I will fight for the right till the end.
For Ulster will fight
And Ulster will be right.
Stephen raised the sheets in his hand.
— Well, sir, he began..." (U2.395)

When Gladstone introduced the Home Rule Bill in 1886, his Conservative opponents formed a political alliance with the Ulster Protestants which was to last almost a century. "The Orange card was the one to play", wrote a leading Conservative, Lord Randolph Churchill, who also coined the watchword "Ulster will fight, and Ulster will be right." The bill was greeted by severe rioting in Belfast, the worst the city had seen. This photo shows a proud Ulsterman.