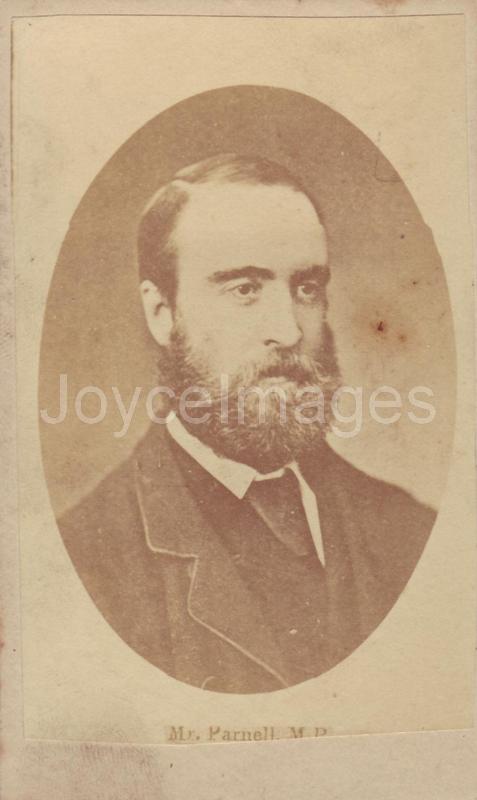 "A woman too brought Parnell low. Many errors, many failures but not the one sin." (U2.394)

Charles Stewart Parnell (1846 - 1891) was an Irish political leader, M.P. and later President of the Irish National Land League. In the early 1880s, Parnell became the accepted leader of the Irish nationalist movement, quickly gaining political momentum as Ireland's 'uncrowned king.' His political career came to a screeching halt (1889) when it was 'revealed' (though it had been widely known in political circles) that Parnell was having an illicit long term relationship with a married woman, Katharine O'Shea. Her husband, Captain William Henry O'Shea, was a Catholic Nationalist and M.P. for Galway. O'Shea filed for divorce, citing Parnell as co-respondent. The scandal terminated Parnell's career, divided Irish public opinion, and likely delayed the granting of Home Rule by Great Britain to Ireland.