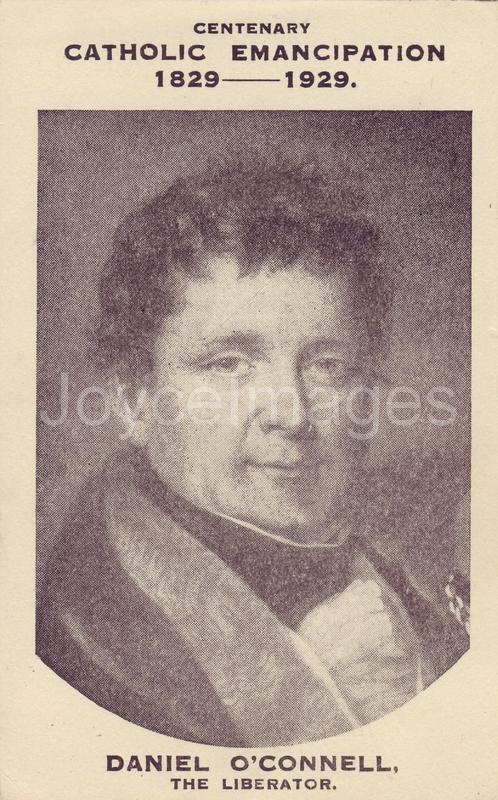 "agitated for repeal of the union twenty years before O'Connell did or before the prelates of your communion denounced him as a demagogue? You fenians forget some things." (U2.271)

The Act of Union (1801) merged the Parliaments of the Kingdom of Great Britain and the Kingdom of Ireland to form the 'United Kingdom of Great Britain and Ireland.' Daniel O'Connell campaigned for repeal of the union, set up the Repeal Association, and argued for the re-creation of an independent Kingdom of Ireland with Victoria as its Queen. He held a series of 'Monster Meetings' (so called for the huge attendance at each) throughout Ireland, often in places of historic Irish interest. After a successful Monster Meeting in Tara, one was planned for October 1843 in Clontarf (Co. Dublin), symbolic for its association with Brian Boru and the Battle of Clontarf (1014). The British Prime Minister Sir Robert Peel forbade it. Despite pleas from his supporters, and the prediction that a million people were planning to attend, O'Connell decided not to defy the authorities and called off the meeting. Still, he was arrested and jailed 3 months for sedition. With a moratorium on Monster Meetings, and his followers disappointed in him, O'Connell made no further progress in the campaign for Repeal.