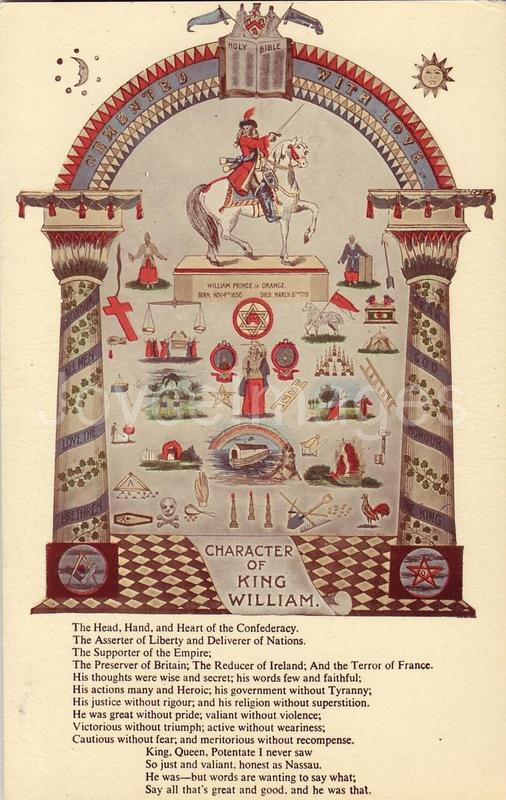 The Orange Institution (or Orange Order) is a Protestant fraternal organisation based in N. Ireland and Scotland. It was founded in Co. Armagh in 1795, during the inter-communal violence of the 1790s that opposed Protestants and Catholics. The Order's name comes from William of Orange, the Protestant Dutch prince who became William III King of England and Ireland 1689 - 1702. The roots of the Orange Order can be traced back to the conflicts that arose from the Plantation of Ulster, particularly the Irish Rebellion of 1641, and the Williamite War in the 1690s that opposed the Williamites to the Jacobites (the forces of King James II, a Catholic). The parades of the Orange Order commemorate William's victories in the Battles of the Boyne (1690) and Aughrim (1691), that annihilated the Jacobites. This PC shows the banner of one of the Orange lodges.