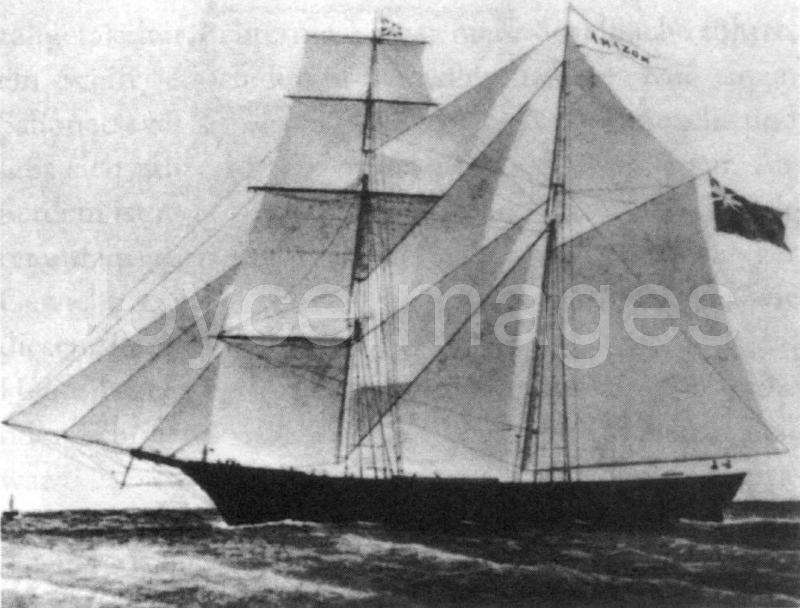 "and that derelict ship that came up to the harbour Marie the Marie whatyoucallit" (U18.871)

The Mary Celeste was a 103-foot (31m), 282-ton brigantine. She was built as 'Amazon' at Spencer's Island, Nova Scotia (1861). Over the next 10 years she was involved in several accidents at sea and had several owners. Her first captain died at the start of her maiden voyage, she collided with another vessel in the English Channel, and was driven ashore in a storm in Glace Bay, Nova Scotia (1867). She later turned up at a New York salvage auction where she was purchased for $3,000. After extensive repairs, she was put under American registry and renamed 'Mary Celeste' (1869). (Image courtesy of Harald Beck)