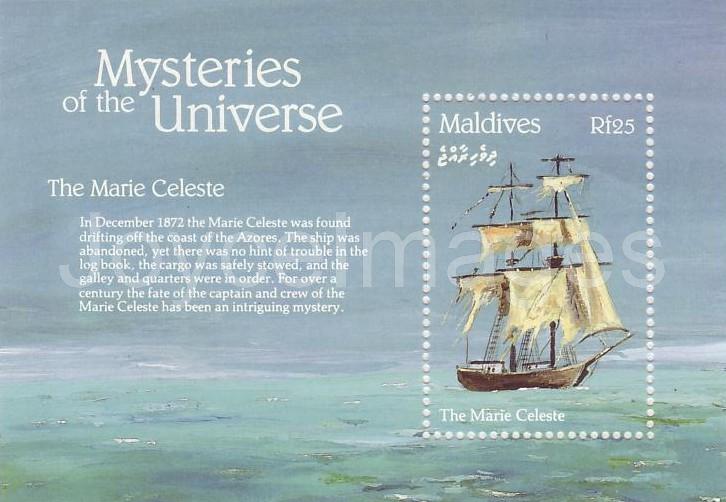 On November 7th 1872 the ship left New York loaded with 1700 barrels of raw American alcohol, bound for Genoa, Italy. Aboard were Captain Benjamin Briggs, his wife, young daughter and a crew of eight. She drifted as a derelict into Gibraltar; the crew were missing and never seen again. A British Board of Inquiry in Gibraltar gathered evidence and testimony. There was no sign of violence, piracy or foul play. No conclusions as to the fate of the crew could be drawn.