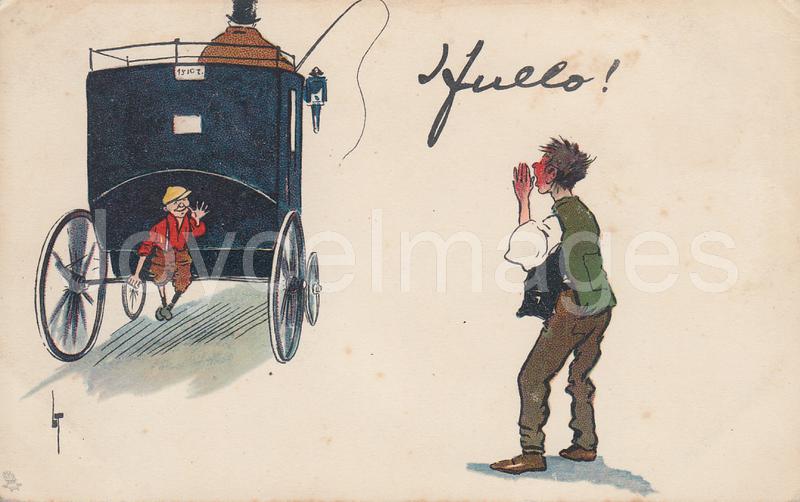 "But as he confidently anticipated there was not a sign of a Jehu plying for hire anywhere to be seen except a fourwheeler, probably engaged by some fellows inside on the spree, outside the North Star hotel and there was no symptom of its budging a quarter of an inch when Mr Bloom, who was anything but a professional whistler, endeavoured to hail it by emitting a kind of a whistle, holding his arms arched over his head, twice.
This was a quandary but, bringing common sense to bear on it, evidently there was nothing for it but.put a good face on the matter and foot it which they accordingly did." (U16.24)