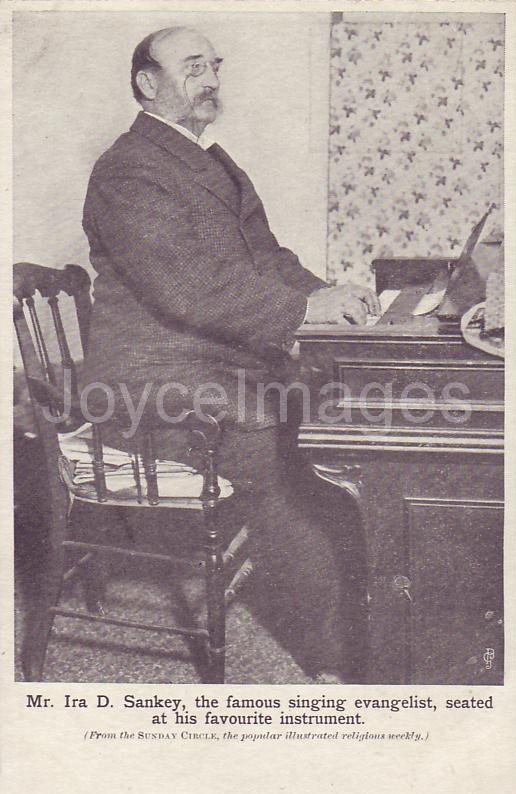 Moody would arouse the audience with his preaching, then Sankey would sing, usually accompanied by organ music; in later years, he also led a choir into song. Sankey wrote the music for numerous hymns, many still sung today (The Ninety and Nine, A Shelter in the Time of Storm, Faith Is the Victory, Hiding in Thee, I Am Praying for You, Trusting Jesus, Under His Wings, When the Mists Have Rolled Away) and overall compiled some 1,200 hymns. The first hymn-book bearing the names of Sankey and Moody was published in England in 1873 as 'Sacred Songs and Solos.' A 'Gospel Hymns' series followed, with numbers 1-6 being published 1875 - 1891. By 1900, more than a million dollars had been paid to Sankey and Moody in royalties for the hymns. Sankey is considered the man who ushered in the gospel song era.