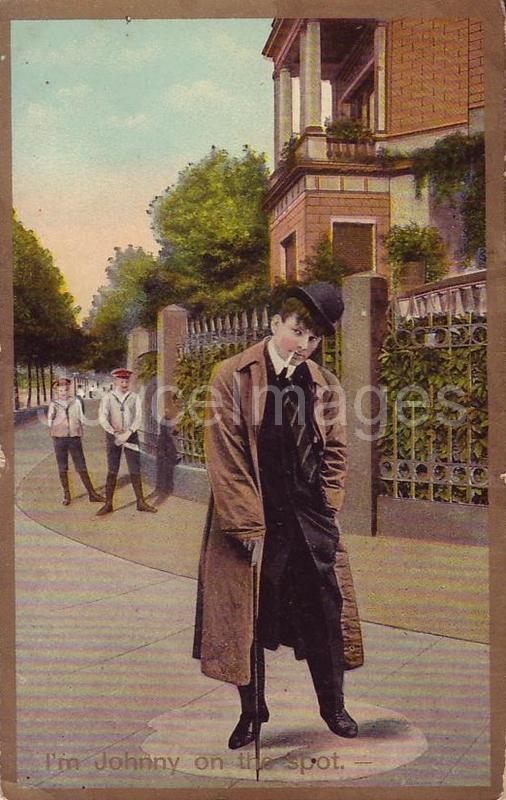 "- Someone saluted you, Mr Bloom said.
A figure of middle height on the prowl, evidently, under the arches saluted again, calling: Night! Stephen, of course, started rather dizzily and stopped to return the compliment. Mr Bloom, actuated by motives of inherent delicacy, inasmuch as he always believed in minding his own business, moved off but nevertheless remained on the qui vive with just a shade of anxiety though not funkyish in the least." (U16.111)