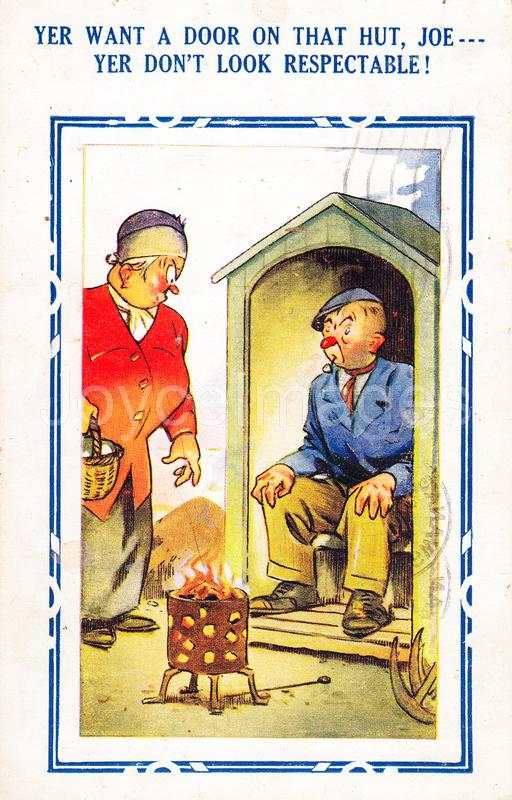 "Stephen of his own accord stopped for no special reason to look at the heap of barren cobblestones and by the light emanating from the brazier he could just make out the darker figure of the corporation watchman inside the gloom of the sentrybox. He began to remember that this had happened or had been mentioned as having happened before but it cost him no small effort before he remembered that he recognised in the sentry a quondam friend of his father's, Gumley. To avoid a meeting he drew nearer to the pillars of the railway bridge." (U16.103)