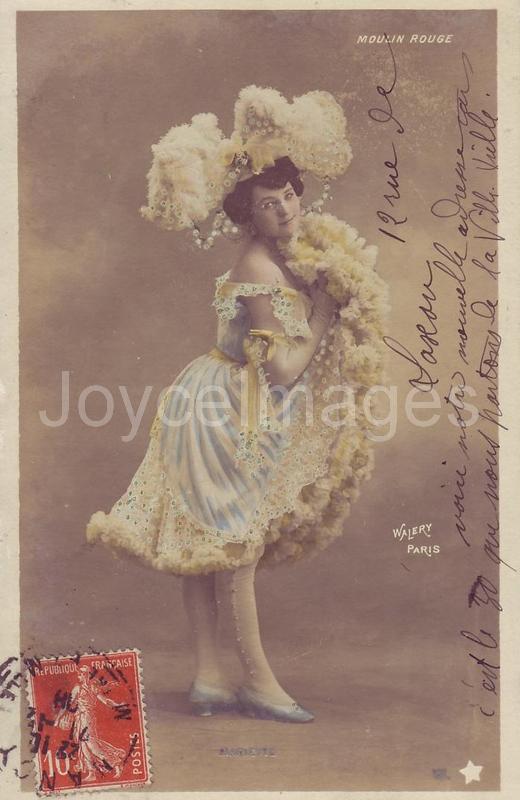 The cancan at the turn of the century was practically synonymous with the Moulin Rouge; this PC (1908) shows Mariette, one of its dancers. There, in the 1890s, highly paid professionals such as 'La Goulue' (Louise Weber) till 1885, then Jane Avril, developed and perfected the various moves: the high kick or 'battement,' the 'rond de jambe' (quick rotary movement of lower leg with knee raised and skirt held up), the 'port d'armes' (turning on one leg, while grasping the other leg by the ankle and holding it almost vertical), the cartwheel, and the 'grand écart' (the flying or jump splits). In the 1920s, the cancan became (in England and the USA first) a highly choreographed line dance, that went back to Paris as the 'French Cancan.'