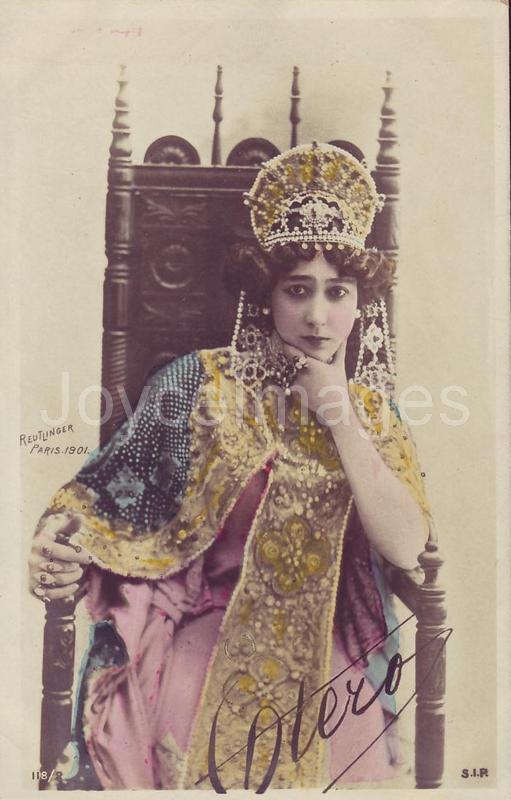 The cancan is a dance in quick 2/4 time that evolved in Paris between the 1830s and 1890s. It first appeared (as 'le chahut') in the working-class ballrooms of Montparnasse; it was part of the quadrille, a participatory dance for couples, who then indulged in high kicks and other antics. It gradually became a performance dance. A few men were cancan stars in the 1840-60s, but women performers were better known. They were mostly middle-ranking courtesans, and only semiprofessional entertainers. This PC shows 'La Belle Otero,' a famous dancer and courtesan at the Folies Bergeres, dressed like a princess. Among her conquests was Albert Edward Prince of Wales; he was a regular in the Parisian red light district, and at one point rented a suite in 'Le Chabanais,' a well-known brothel in Montmartre.